Seafood is a traditional fare to eat during Lunar New Year celebrations, and there’s no better place to get your fix than at our venues.

Lunar New Year is a time for the four Fs: Family, friends, fun and food. Lots and lots of food. One of the most symbolic foods to eat at this time is fish, essentially because it’s a dish that’s said to increase one’s prosperity.

A key element, however, is the choice of fish. “Generally speaking, fish with tender meat is the most suitable for steaming,” says Chef Song. Salt is replaced with soy sauce to add flavour to the fish when cooking it, too. “The soy sauce preserves the original flavour of the fish.”

Seafood is a speciality across all of The Star’s restaurants, with mouth-watering fish dishes found on most menus. So, whether you’re seeking a traditional Lunar New Year feast experience, or wanting to sample some fresh seafood this summer, here are our favourite seafood dishes across our venues.

For $68 you can dine like an absolute rock star during Lunar New Year. Say hello to the most insane sashimi platter you’ve ever seen, available at Sokyo restaurant at The Star Sydney. Featuring a chef’s selection of 24 pieces of sashimi, you can expect to enjoy such delicacies as sea urchin from Tasmania, freshwater eel from Taiwan, kingfish from South Australia and red snapper from New Zealand.

If you’re a traditionalist when it comes to seafood, and love your fish cooked to perfection, then high tail it to Flying Fish restaurant at The Star Sydney and order the crispy-skinned snapper ($46). The fish is served on a prawn and shitake crepe with a vibrant turmeric sauce and is as delicious as it looks, we promise.

Lobster linguini is one of the most summer-friendly pasta dishes you can get, and the place to sample it is at The Star Gold Coast at the Amalfi Coast-inspired venue, Cucina Vivo. Here, head chef Dayan Hartill-Law will cook you up his beloved Aragosta Linguine dish ($50) featuring Champagne lobster, bisque sauce, heirloom tomato and black caviar. Yum. Even if you’re not celebrating Lunar New Year, we doubt you’ll be able to go past a dish this good.

Read more: Find out how to make Dayan’s recipe for lobster linguini.

Hunan fish (duo jiao yu tou) is one of the most famous dishes in the Hunan province of China. Featuring an extra spicy sauce and served with stir-fried vegetables, this is as traditional as it gets if you’re after the full Lunar New Year shebang, and the best place to sample a whole fish dish is at Imperial restaurant at The Star Gold Coast. Alternatively, if a whole fish isn’t your thing, try something more subtle like steamed scallops, king prawns or sliced abalone. Get in early to book your Lunar New Year celebrations at The Star venues. 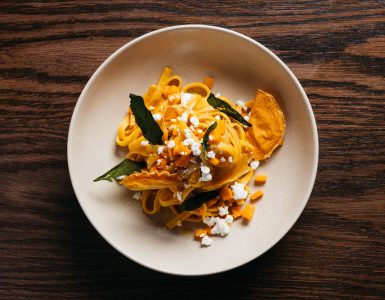 If we ever needed an excuse to drown ourselves in pasta, this is it. To celebrate World Pasta Day, executive chef of Cucina Porto , Martino Pulito shares how to prepare the perfect fettuccine from scratch... 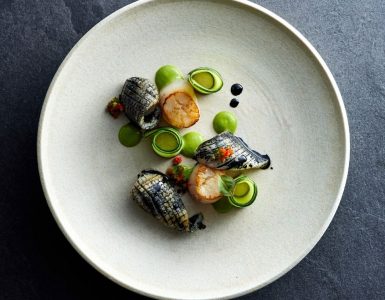