Uday Huja shares his favourite southern American recipe that’s been passed down through the family.

It’s not just Proust who knew the power of a smell or a taste to jolt you back to childhood. There’s nothing like a family recipe to wrap you in a comforting sense of nostalgia, and to bring back decades worth of fond food-based memories – particularly when it comes to a recipe that has been passed down through generations.

For Uday Huja, the food of his family and of his home in the south-east United States helped to shape who he is as a Chef today. We sat down with him to talk about the types of flavours and aromas that peppered his childhood and asked him to share a treasured family recipe that he still cooks today.

Where did you grow up?

I grew up in Charlottesville, Virginia, which is in the south-east of the United States.

Can you tell us a bit about the types of food you ate growing up?

Southern American food, such as fried chicken and American BBQ, is a staple of the cuisine of the south. However, my heritage is Northern Indian, from Punjab, so at home, you would definitely find curry on the stove. Dishes such as chicken curry and lentils influenced my culinary journey.

How did these recipes and styles of cooking influence how you cook today?

Being a first-generation American born in the south, “Soul Food” and the traditions and influence of regional ingredients — such as corn, greens, pork and beans — played a big role. That was many times peppered with the Indian pantry of spices such as cumin, coriander and chillies. From a young age, fusion cuisine was not unfamiliar to me.

What is your favourite recipe that has been passed through your family?

A specialty of my home was tandoori chicken. It’s a dish made from yoghurt-marinated spiced chicken, grilled over the backyard barbecue. I was in charge of the grilling and could be found out back at the barbecue with my tea cozy “chef hat” on.

What’s so special about this dish to you?

It is representative of my cultural heritage and, as a chef, you need to embrace that history. Every time I cook it, I think back to those days as a kid cooking with my family. Every party we had at home, this was a special dish we would feature. The grilled chicken was something that was very familiar and accessible to our American friends. Their version would have been made with a traditional sweet tomato vinegar-based BBQ sauce, but our version — with all of the spices and flavours of garlic, ginger and lime juice — was an exciting flavour revelation. I remember every time we were cooking it the neighbours would come out to see what smelled so good.

When you make tandoori chicken now, is there anything you change, or do you leave it as is?

I still follow my family recipe, which reminds me of those times.

What are your tips for those wanting to cook tandoori chicken at home?

You skin the chicken pieces and cut deep slashes into the flesh. Rub the spice mix, found in any Indian grocer, into the chicken and rub it well with chopped garlic, ginger and lime juice to let the flavours really get inside. Add a bit of oil and, lastly, the yoghurt, which helps to tenderise the meat. Leave for at least a couple of hours, or even overnight. Grill the chicken over indirect high heat, as the yoghurt will burn easily. You can also broil or grill in the oven. Sprinkle with fresh, finely chopped coriander, using both the leaves and the stems, and add a final squeeze of lime juice. 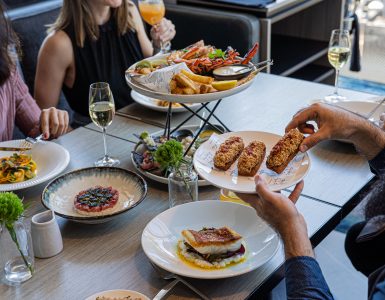 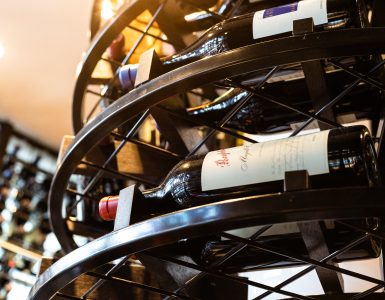 Our sommeliers blow the dust off their most exceptional vinous finds.  While there’s plenty of palatable price-friendly wines around, there are certain wines that through crafting, origin or scarcity are considered rare... 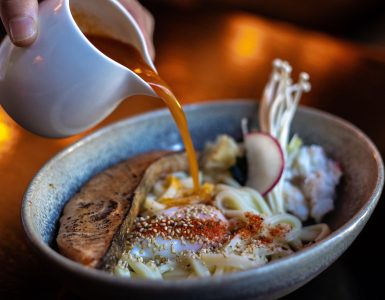 The secret to Chase Kojima’s miso soup recipe? Love – and a little extra care in sourcing the right ingredients for a broth rich in flavour.  “Miso soup is more than just a comfort food,” says Executive Chef of Sokyo...

Lobster mornay? Grilled butter lobster? Lobster pasta? Our Chefs debate the best way to cook the most covetable of crustaceans. Lobster: you don’t eat it casually. Or if you do, you should consider yourself lucky. But... 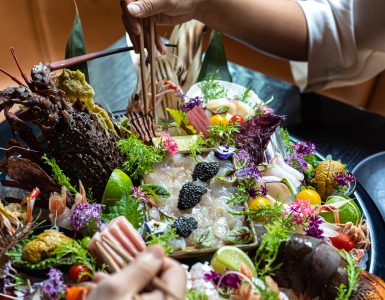 It may taste great but getting food to look good in photos is another story. We ask food stylist Lucy Tweed for her top tips on putting together the perfect plate. If you can’t figure out why your Instagram is filled... 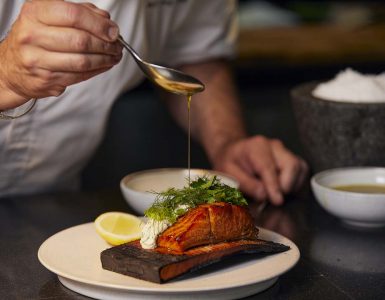 How to reboot your 2020 fitness goals

Everything you need to know about Chinese cuisine

What you should be drinking this Spring