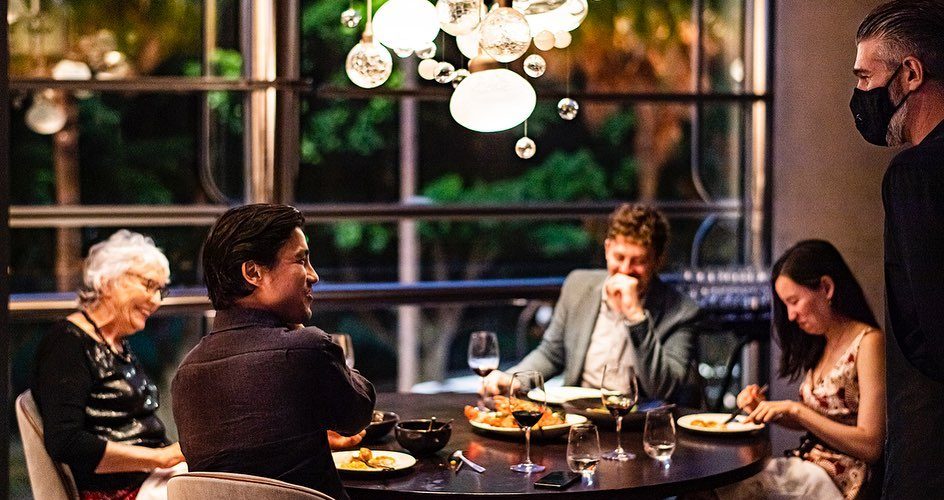 For Crazy Rich Asians star Remy Hii, Lunar New Year has always been a time of family, feasting and firecrackers. In partnership with The Star, we speak to him about lucky envelopes, lion dances and what tossing food with chopsticks can mean.

We’ve partnered with Broadsheet on a content series that follows some of Australia’s well-known faces as they sit down for a meal at our signature dining restaurants and share their family traditions during Lunar New Year. The below article speaks with Crazy Rich Asians star, Remy Hii over a meal at Flying Fish, whose Lunar New Year has always been a time of family, feasting, and firecrackers.

For actor Remy Hii, Lunar New Year equals time with family. Hii, whose father is Chinese-Malaysian, moved to Townsville when he was eight. When he was a child, Hii often spent Lunar New Year back in Malaysia with extended family.

“It was a time for me to reconnect with not only my family but my culture as well and parts of my heritage I’m really proud of,” says Hii, whose acting credits include Crazy Rich Asians, Spider-Man: Far from Home and TV series Harrow. “As a family, we’ve spread out over the world over the years. But we always try to come together for Chinese New Year.”

This year is the first Lunar New Year without Hii’s grandfather, who passed away in 2021. After he emigrated from China to Malaysia in the 1950s, Hii’s grandfather founded the Foo-Chow Association, which became a social and commercial hub for immigrants from the Fujian province in China.

During a trip to Malaysia last Christmas, Remy visited the association’s premises, where he saw his grandfather’s name and photo prominently displayed. It was a proud moment for Hii, who didn’t realise until then how influential his grandfather was in the community. “He was a very humble man,” says Hii. “Lunar New Year will always remind me of how generous he was and the sacrifices he made to give a better life to his family.”

As a child, Hii especially loved the Lunar New Year tradition of hóngbāo. Older relatives present members of the younger generation with red envelopes containing money, a custom that is said to ward off old age. “As kids, we’d run around and compare our hóngbāo,” he recalls.

Spectacular lion dances and firecracker displays also figure heavily in Hii’s childhood memories of Lunar New Year. “They’re some of the most incredible performances,” he says. “If you are lucky enough to catch a lion dance, they’re really awesome. Each lion dance tells a particular story. I’d go to Malaysia, and my cousins would be able to pick which particular legend the lion was telling.”

Another Lunar New Year tradition popular in Malaysia is yee sang, also known as yusheng or ‘prosperity toss’. “You have a plate of noodles or fish … and everyone gets their chopsticks in to toss around the food,” Hii explains.

Hii’s family is from Kota Kinabalu in Sabah on the island of Borneo, a region renowned for its “incredible” seafood. However, a shellfish allergy meant while his family was “digging into lobsters and crabs and oysters”, Hii’s Lunar New Year dish of choice was always longevity noodles. “The longer the noodles correlates to longevity in life,” he says.

Now that he has outgrown his allergy, Hii says he is “making up for lost time – I absolutely love seafood.” Eating seafood – particularly whole fish – is associated with prosperity in Chinese culture. It is believed that by eating a whole fish or lobster at Lunar New Year, “you’ll take that abundance into the new year,” he says.

Hii recently dined with his mother and sister at Flying Fish at the Star Sydney, where executive chef Peter Robertson has created a series of dishes for Lunar New Year designed to bring good fortune and showcase the best local seafood, including miso baked Aquna Murray cod with pickled ginger and turmeric and a barbequed whole eastern rock lobster served with wakame butter and lime.

The lobster was “to die for”, says Hii. “It was amazing. I’ve always known it was one of the places to go for great seafood in Sydney. It ranked as one of the top three meals I’ve ever had.”

This article is produced by Broadsheet in partnership with The Star. Limited edition Lunar New Year menu items at Sokyo, Black Bar & Grill and Flying Fish will be available to order at the respective venues from January 31 – February 15 for both lunch and dinner, during regular trading hours. Private dining rooms are also available for larger bookings.

You can find the original story here. 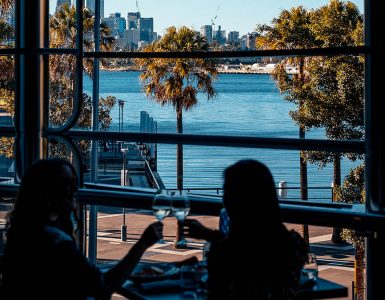 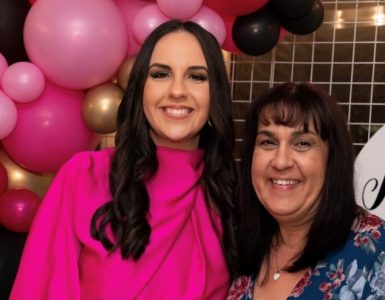 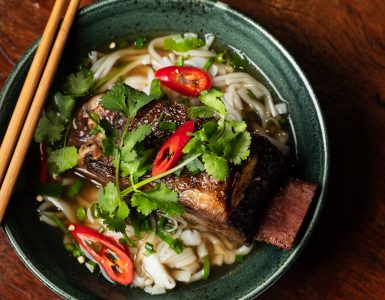 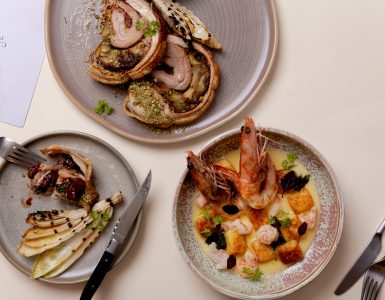 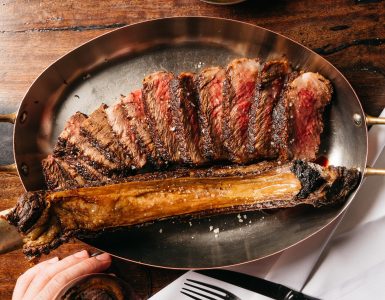