What happens when you put a highly experienced chef on a fish farm in Queensland? You get some pretty fine recipe inspiration for summer.

Rocky Point Aquaculture in Moreton Bay, Queensland, is a former prawn farm that’s doing some pretty special things with aquaculture and sustainability. With a team of marine biologists, world-class sustainable practices already in place and underway, and the intention to eliminate carbon emissions completely, this is one farm to know about. And one farm you’d be lucky enough to enjoy your catch of the day from. Thankfully, you can at The Star Gold Coast.

Rocky Point Aquaculture has been a family-run farm for more than 150 years and currently farms cobia and Queensland giant grouper. The fish farm supplies its produce to Cucina Vivo restaurant at The Star Gold Coast.

“The fish is delivered fresh from the farm on the day of the catch,” explains Dayan Hartill-Law, chef de cuisine at Cucina Vivo. “We clean the fish and hang them for an extended period – sometimes up to two weeks or more – to allow the process of aging to produce a better flavour.” The roe from each fish is currently hanging in Dayan’s kitchen and will be treated in different manners – some will be smoked, others washed daily with grappa, and some washed with sake.

Rocky Point Aquaculture’s fish farm is less than an hour’s drive from Cucina Vivo, which speaks to the locavore principles of the restaurant, says Dayan. So close, in fact, that Dayan can literally pop up to Moreton Bay for a visit to the farm and to seek seasonal recipe inspiration.

Chef turned fisherman for a day

On a recent visit to Rocky Point Aquaculture, Dayan and Serena Zipf, owner-operator of the farm, drove to the hatchery where the fish are bred. Here the fish are grown to a size large enough to sustain living in the farm’s ponds, which (would you believe it) are currently the set for Baz Luhrmann’s new Elvis movie. Go figure!

Elvis aside, the fish are kept in nets within the ponds to grow to their optimum weight range. One year ago, one net was damaged releasing 3,000 cobia out of the ponds to grow and feed on the wild environment.

“These fish are now enormous and are absolutely beautiful to see swimming in the open water,” says Dayan. “They have a weight range of 10-20kg and, due to the nature of their location, need to be line-caught individually. I was handed a rod and given the opportunity to catch a fish.”

Individually catching each fish at Rocky Point is just one of the many sustainable practices the farm employs. The farm is currently installing extensive amounts of solar to eliminate carbon emissions completely. It has also begun building infrastructure for oyster leases to filter the water, as well as infrastructure for kelp farms which will turn into the fish’s feed.

The care in which they treat the water, for example, is phenomenal, explains Dayan. “The water is cleaned on the way into the farm and on the way out, leaving zero footprint,” he says. “The team at Rocky Point are looking to lead the world in innovation and technique when it comes to the way they operate. Serena is truly connected, and it shows – the processes that are used in this farm are like nothing I’ve ever seen.”

What’s most important for the seafood lovers among us, is this: “The fish is treated with the utmost respect – and it really shows in the end product”.

Dayan is pretty smitten with the giant cobia he has sourced from Rocky Point and tells us the fish is in fact exclusive to him at Cucina Vivo. When asked what he’ll be making using the cobia, Dayan reveals a few delicious dishes.

A shout out is the wood-fired cobia with roasted summer squash. “The cobia is aged for a minimum of seven days, placed on a grill and cooked gently over fire, then served with a zucchini pesto made of wood-roasted zucchini, pine nuts, Grana Padano and basil, and roasted summer squash.” Another star dish to feature on his menu will include a crudo (raw fish) of cobia belly with summer citrus. We don’t know about you, but we’re pretty smitten with this fresh produce, too. To sample Dayan’s delicious creations, book your table at Cucina Vivo.

Discover more on our Farm to Fork series across our three world-class properties: 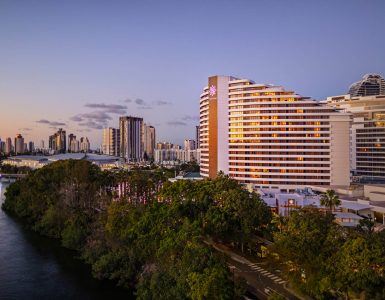