The only production of HAMILTON in the world right now is playing at the Sydney Lyric Theatre. We caught up with the show’s lead Jason Arrow to talk creativity, ‘aha’ moments and storytelling.

For West Australian actor Jason Arrow, creative expression has several different forms, however there’s a common thread that loops it all together. “It’s anything revolving around a story,” says Jason.

The rising star who plays Alexander Hamilton, the lead character in Australia’s version of the hit Broadway musical, HAMILTON, likes to write his own musicals in his spare time, and also likes to express himself through gaming, reading and writing.

Of course, acting comes first, always. “Acting has always allowed me to explore different versions of myself and create true expressions of different characters,” says Jason. “Telling a story is by far the most expressive thing I can do.”

There are several key moments in a person’s life that stand out and stick with you for life. Many of them are milestones like getting hitched or starting a family, and others, just as significant, are the moments where you think to yourself, ‘Aha I get it’.

One of those moments for Jason was when he realised he was destined to be a performer, soon after taking his mid-year TEE exams in year 12. “I realised that it wasn’t really the path I wanted to go down. I swapped to a different stream, finished high school and started to pursue acting.”

Read more: How to spend a night out at the theatre during HAMILTON

Another moment was his most memorable performance on stage during the first preview of HAMILTON at the Sydney Lyric Theatre, when Jason first stepped out on stage. “The roar of the crowd will always stay with me,” he says, adding, “It was just so special.”

Singing melodies and rapping are two other forms of creative expression that Jason loves. He describes his relationship with music very eloquently: “Songs with melody always connect with me because of the musicality and task of having to create a partnership between your voice and the music,” he explains.

Rapping is another ball game, interestingly. “Rapping helps me express more musicianship and quicker acting beats between moments,” he says, adding “the challenge is staying ever so slightly ahead of yourself while still maintaining an element of surprise and spontaneity”.

Musical theatre at its best

When asked how he feels to be a part of the world’s only current production of HAMILTON, which made its Australian debut at the Sydney Lyric Theatre in March 2021, Jason says it’s an honour. “It’s such an honour to carry the torch for the other companies that aren’t up and running yet.”

Jason also tells us he loves performing at the Sydney Lyric Theatre. “I love how large the space is and yet it can still feel so intimate,” he says. “It’s the strangest sensation. It feels like a stadium and a black box theatre at the same time!”

Stepping into the shoes to play the complex character of America’s founding father must come with certain concerns, yet Jason embraces the challenge wholeheartedly. “Alexander Hamilton has so many layers, and layers still to find,” he says.

“I love the challenge… I love that some days it’s easier than others, but mostly I love that we are encouraged to discover more and push more. That’s what it’s about right? Discovery and play.”

HAMILTON features an all-Australian cast, with each cast member having “abundant talent and skill” and inspiring Jason every day. “On days when I’m feeling tired, I get my energy from the supportive cast around me,” he tells us. “Watching them kill it on stage charges me up like crazy!”

The last song I sang was… Can We Talk by Tevin Campbell.

If I could only eat one dish for the rest of my life it would be… Biryani which is an Indian mixed rice dish. 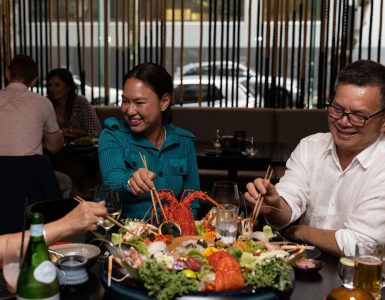 Feasting and family are at the heart of entrepreneur Alyce Tran’s Lunar New Year festivities. In partnership with The Star, we find out how she celebrates – lobster served in dry ice included. We’ve partnered with... 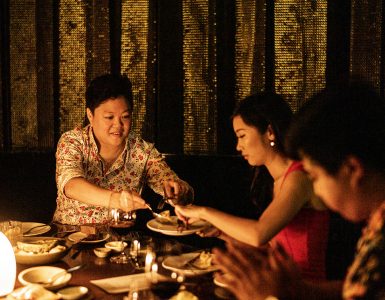 For Masterchef Australia alumni Sarah Tiong, Lunar New Year is all about gathering with friends and family around the dinner table to make memories. In partnership with The Star, we find out how she celebrates. We’ve... 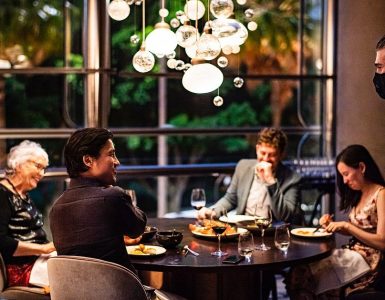 For Crazy Rich Asians star Remy Hii, Lunar New Year has always been a time of family, feasting and firecrackers. In partnership with The Star, we speak to him about lucky envelopes, lion dances and what tossing food...