How to choose the healthiest cuts of meat

Do you know which cuts of meat are best for your diet? Daniel Fox, the Chef de Cuisine of Casual Dining at The Star Gold Coast, talks us through selecting the leanest cuts.

Meat is a fantastic source of protein, though not all cuts are created equal – some are leaner, and therefore healthier than others. “Everyone needs a little bit of fat in their diet,” says The Star chef Daniel Fox. “But it’s all about striking the right balance with meat.”

“It’s all about striking the right balance with meat.”

These are the best cuts to buy from your butcher.

Best cuts: Sirloin tip side steak, eye of round roast, top round steak and bottom round steak.

It’s a good bet that any beef with “round,” “loin” or “sirloin” in the title is a leaner cut, because there’s very little intramuscular fat in these areas. Intramuscular fat gives meat a marbled appearance, explains Fox, so it’s something to watch out for when choosing your cuts. According to Fox, Wagyu beef has more marbling than other types of beef because the cattle is internationally grain-fed to maximise its flavour. While there’s nothing wrong with indulging in a rich, juicy Wagyu steak on occasion, opt for beef with “grass-fed” on the label in your day-to-day shopping to stay healthy

Overall, chicken is a lean meat that is packed with B vitamins, though the white meat from the breast is the healthiest choice. Skip the darker cuts like the thighs and the wings if you can, or at least remove the skin. “The skin is the fattiest part of the chicken,” says Fox. “When you cook with it on, it soaks into the meat and adds a lot of saturated fat.”

Your cooking method can also add to the chicken’s fat content, which is why frying should be a no-go if you’re trying to eat lean. Grilling and poaching are both healthier methods because the chicken doesn’t stew in its own fat.

Pork gets a bad rap because it’s associated with hearty meals like bacon, pork belly and sausages, but it can be a surprisingly lean choice if you select the right cut. “Tenderloin is actually just as lean as chicken breast,” says Fox. Stick with other loin cuts, like sirloin and pork chop, and avoid processed and cured pork products with high volumes of salt.

A perennial Australian favourite, lamb “tends to be fattier in general than other meats,” says Fox, though because lamb has less marbling than beef, it’s easier to trim away excess fat and make cuts healthier before cooking. Go with the lower parts of the lamb that worked harder when the animal was grazing, like the leg and the shank, and avoid the shoulder, which can be even fattier than most cuts of beef.

If you’d like to try something new while exploring a leaner diet, go with kangaroo – it’s one of the leanest meats in the world, no matter the cut. “Wild game like kangaroo tends to be leaner than barn-fed meat, because the animals are constantly running around and burning off fat, whereas barn-raised animals are more sedentary,” explains Fox.

Native Australian meats are an excellent choice, he adds, recommending emu, wallaby and crocodile as other incredibly lean options. 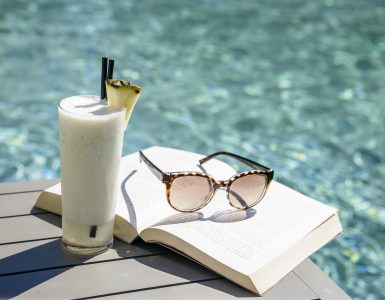 Make the most of the balmy weather and those summer feels with our guide for what’s on at The Star Gold Coast. The sun is out, the events calendar is filling back up and we all have a whole lot of lost time to make up... 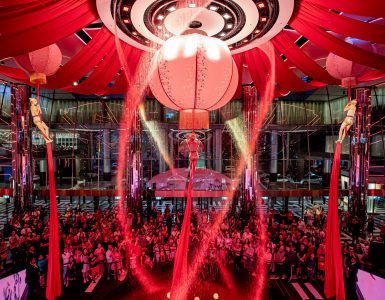 Make the most of the balmy weather and those summer feels with our guide for what’s on at The Star Sydney. Is there anything like summer in Sydney? It’s the time of year when lazy afternoons roll into warm evenings, and...

Have the ultimate city vacay with our guide to The Star Sydney’s neighbourhood and find out what to do in Pyrmont and surrounds. Sydney’s leading dining and entertainment precinct, The Star Sydney sprawls over a swathe... 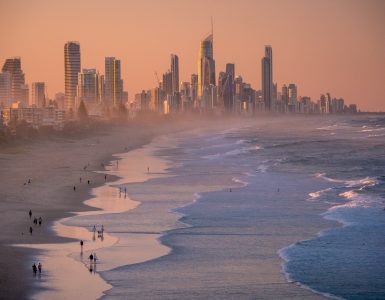 Make the most of your trip to the glorious Goldie with our guide for what do in Broadbeach and surrounds. South of Surfers Paradise and its glitter strip and north of the laid-back suburbs of Mermaid Beach and Burleigh... 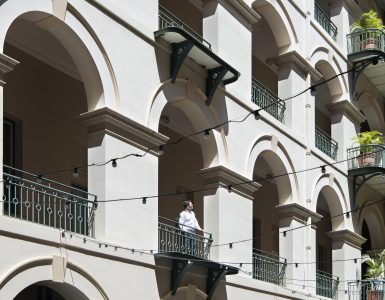 Have the ultimate urban vacay with our guide to what to do in Brisbane City, Treasury’s neighbourhood in the heart of the Queensland capital. Enfolded by the Brisbane River, the Brisbane CBD is an ever-evolving hub... 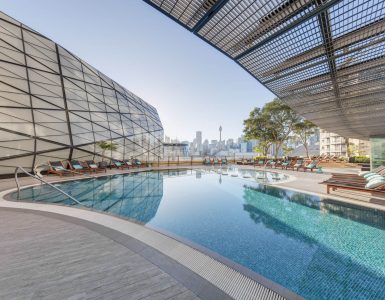 6 pools and beaches to try in Sydney

The heat is rising – here are the best swimming spots to cool off at during your stay at The Star Sydney this summer. Sydney’s world-famous eastern beaches often steal the limelight (hello, Bondi). But with scenic lap...