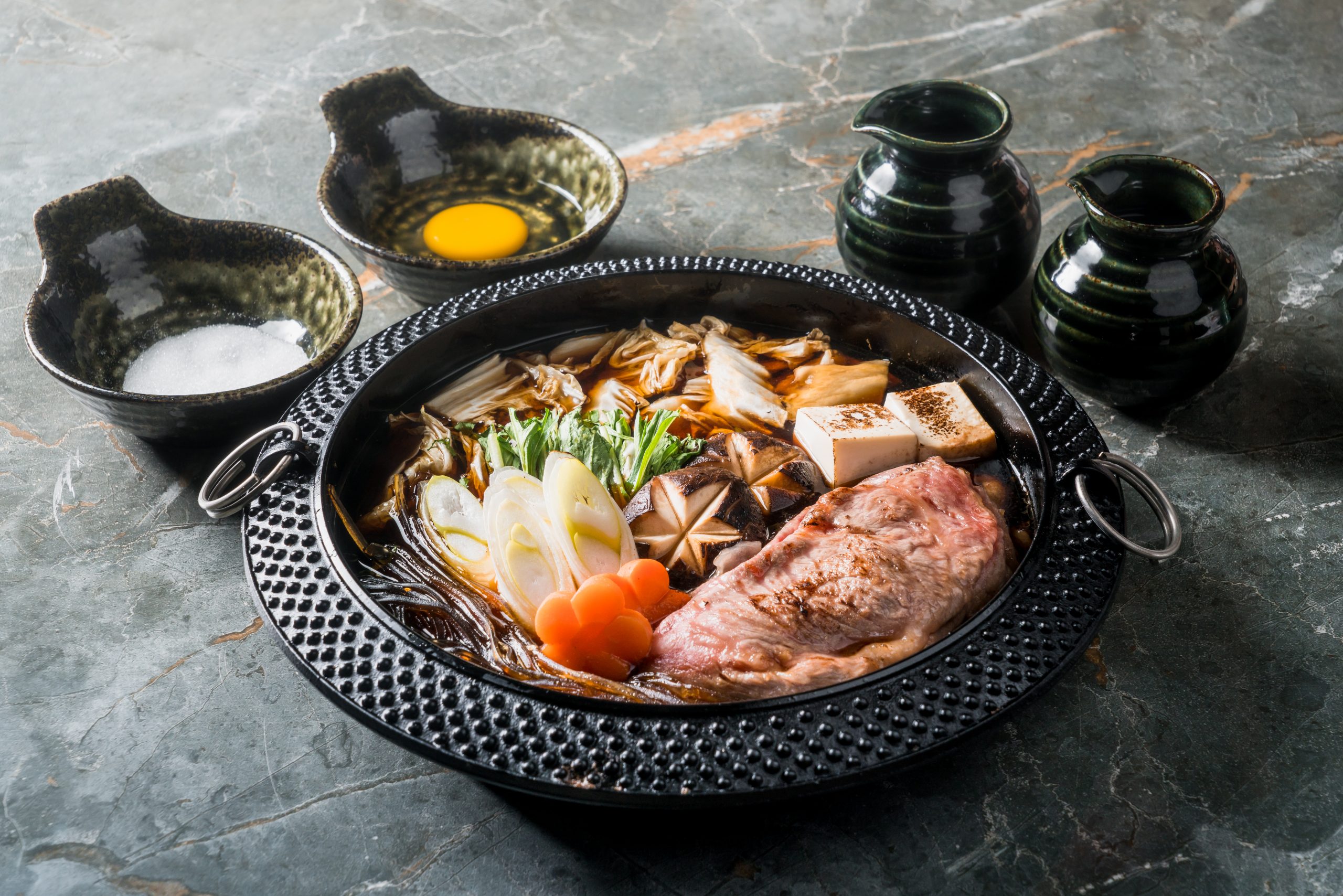 Love Japanese food but not a fan of fish? We consulted The Star chef Chase Kojima to discover his favourite Japanese dishes, minus the seafood.

‘Oishii’. Learn to love the word, loosely translated as ‘tasty’, because it’s one you’ll find yourself using a lot as you explore Japanese cuisine. It might be a nation synonymous with seafood, but the culinary horizons of the Land of the Rising Sun are so much wider. From quick meals ordered via vending machine to high-end dinners executed with painstaking care, there’s a dish for every occasion – and we don’t just mean sushi. We consulted chef Chase Kojima, who heads up the acclaimed Japanese restaurants Sokyo at The Star Sydney and Kiyomi in The Star Gold Coast plus The Star Sydney’s Japanese-Chinese fusion restaurant Chukka, to find out his favourite Japanese dishes sans the seafood.

The staple dish gyūdon, literally meaning “beef bowl”, was one of Chase’s favourite childhood comforts foods growing up in San Francisco. Gyudon starts with thinly sliced brisket or other offcuts, quickly braised in sake or mirin, soy sauce and dashi (a fish-based broth that can be omitted) then simmered with onions until tender and served on a bowl of steamed Japanese rice garnished with ginger pickles. “It’s a really nice, comforting dish,” Chase says, and a Japanese answer to fast food: “You see it everywhere, and it’s a healthy fast food when you compare it to something like MacDonald’s.”

When Chase is feeling lazy, he’s partial to whipping up a quick nabe (hot pot). Traditional nabemono (one-pot dishes) start with a dashi, soy sauce and mirin broth, in which an array of ingredients are dunked. The highlight for Chase comes when the liquid has reduced right down. “At the end I would just add raw rice, cover and let it simmer … In about 10–15 minutes you have this Japanese-style congee.” With a whisked egg dropped in for the last minute, it’s a one-bowl dish big of flavour and low on clean-up. “That would be my lazy dish to have at home,” Chase says.

If Chase is having company, the butane-gas stove might be hauled out to make sukiyaki; a fancier variation of a nabe. “In Asian cuisine, we like to share,” he says, which makes this interactive meal a favourite at gatherings. Sukiyaki starts with a pot of water and soy sauce heated over a portable stove in the centre of the table, to which is added vegetables and thinly sliced premium wagyu beef, cooked medium rare and caramelised with a little sugar. Diners fish their favoured morsels out of the communal pot, dunking each mouthful in a dipping sauce of beaten raw egg. “It’s a very special occasion thing you would do at home,” Chase says.

Simple and always satisfying, buckwheat soba noodles served hot or cold are a Japanese street-food staple. Around the country, Chase explains, you will find specialty soba vendors at holes-in-the-wall near transport stations. At many of these, orders are placed via vending machine, which lets you choose serving sizes and toppings such as tempura prawn before spitting out a ticket you take direct to the counter. A minute or two later, Chase says, you’ll have a bowl of fresh noodles: “just stand and eat it quickly, slurp, and done.”

Seafood aside, Chase names tempura as one of the most emblematic Japanese dishes. “Tempura vegetable is very delicious and says a lot about Japanese food,” he says. Tempura needs to be cooked to perfection with a batter that is simultaneously thin yet crunchy. Every restaurant will have a secret recipe for the batter of flour, rice flour and potato starch, Chase says, and will have nailed the optimal frying technique in the proper oil. “There’s premium restaurants where they do an omakase chef’s tasting tempura degustation,” Chase says. “You sit at the counter and they fry it right in front of you.” At these high-end venues you’ll be treated to a progression of pricey ingredients, each bite a lesson in the finesse Japanese cooking demands for even the most deceptively simple dish.

Given their limited availability, truffles are often viewed as the pinnacle of luxury dining. Paying homage to the prestigious fungi, Executive Chefs from each of The Star Sydney’s signature restaurants shared their...

Despite being one of the many local venues hit hard by the destructive floods earlier this year, popular overwater restaurant and bar, Treasury Brisbane’s Will & Flow has now reopened its doors once again with...

Holiday living has become a permanent reality at The Star Gold Coast with the opening of The Star Residents. So, here’s a guide on how to get the best of both worlds for your next trip. Designed to meet the needs of...