Sea To Table: How Australia’s Best Sustainable Seafood Lands On Your Plate At Sokyo

Sourcing the best seafood in Australia is a serious job. Luckily Sokyo head chef Chase Kojima and his sashimi chef Alex Yu have done the hard yards for you with the help of the Sydney Fish Market. And it’s yours to try on the country’s most epic sashimi platter.

There’s no such thing as a sleep-in if you’re serious about your seafood in Sydney. By the time dawn breaks on the crews from Sydney Fishing Fleet unloading their haul at the Sydney Fish Market, they’ve already been out on the water for a day or more. Waiting at the docks for them are some of Sydney’s most dedicated chefs, impatient to find out what the morning’s catch has in store for them. Among them, you’ll often find Chase Kojima, head chef of Sokyo at The Star Sydney and Kiyomi at The Star Gold Coast.

Sydney Fish Market in Pyrmont is one of the city’s top tourist attractions, with thousands of foodies visiting every day to buy and feast on Australian seafood. Since it first started trading as a wholesale fish market in 1966, the markets have been a vital source of sustainable fresh seafood for Sydney’s fine dining restaurants. Today it sells upwards of 12,000 tonnes of world-class seafood every year, with plans for the new Sydney Fish Market set to make it the largest fish market in the world by 2023.

Chase has frequented the Sydney Fish Market for more than a decade and has cultivated a personal relationship with the local fishers, aquaculturalists and co-ops that trade there.

It’s all about relationships. We go in the morning. The main thing is seeing our suppliers, seeing how they’re doing. If they don’t look like they’re happy, I go get them a coffee. We start our day like that.

Chase’s preferred fishmongers know exactly what the chef and his team need, and often have the best catches already set aside waiting to be whisked back to Sokyo. For Chase, it’s not about getting a certain amount of seafood or coming back with an exact species – he’s there for the very top quality seafood they have available, something his guests have come to expect. “It’s more like, ‘What’s the best we can give them that day?’” he says.

And the best of the best? That’s reserved for Sokyo’s most exclusive dish – the bespoke sashimi platter. Guests must order this edible masterpiece at least a week in advance, with all the seafood sourced and prepared especially for it by Chase’s protégée and “sashimi florist” Alex Yu. When preparing one of his platters, Alex relies on Sydney Fish Market suppliers to help guide his order.

We ask a lot of questions because they’re the experts. We trust them. They give you an education, too.

Once the final selection has been decided – delivered fresh that day or carefully aged in house as the cut requires – the knifework alone that goes into plating up is performance art, with custom-made Japanese steel knives deployed to sliver, score and slice.

Each of Sokyo’s sashimi platters is unique, delivered to the table by Alex who talks diners through the provenance and preparation of every bit of seafood. It doesn’t come cheap, either. This dish, Chase explains, represents what Sokyo is about: it’s full-on, it’s beautiful and it’s luxurious – the Lamborghini of sashimi platters. “We love making these things,” he says.

The premium price tag and luxurious associations that come attached with top-quality seafood like that found on Sokyo’s sashimi platter is justified – open-water fishing is unpredictable and dangerous work, and the ravages of overfishing and diminishing fish stocks mean that it’s never been more important for fisheries to operate responsibly and chefs to source sustainably.

Having close relationships with the suppliers allows Chase and his team to source only what they need from the Sydney Fish Market, and do it the right way.

We only ever use sustainable seafood. I think it’s important we do it the correct way without overfishing, so we have fish for our future children and families

Chase has worked all around the world with different fishmongers and says the people at Sydney Fish Market really know what they’re doing. “They understand the seasonality of what’s coming in,” Chase says. The friendships Chase has built with his favourite suppliers are about much more than convenience; he shares their obsession with seafood.

“It’s our number one hobby – it’s our life. Just chatting with them about our hobby is fun. I’m sure a normal person would think it’s just a boring conversation, but we absolutely love it.”

Love wood-fired pizza? So do we, so much so that it’s a speciality at a few of The Star’s signature restaurants around Australia. We consulted the top chefs from these venues for their tips on cooking wood-fired pizza...

One part of the sister trio behind The Star Sydney’s favourite florist, Floral Desire Studio, shares her top tips to creating the perfect flower centrepiece. Meet Olivia, Trish and Danielle, the sister trio who own and... 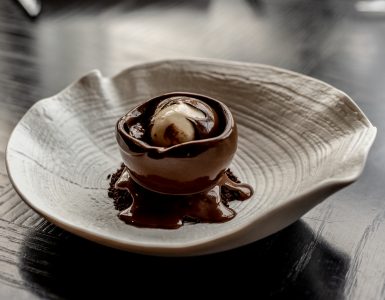 How to Temper Chocolate in Five Steps

With World Chocolate Day coming up, we thought it worth a closer look at one of the most important skills in a chocolatier’s arsenal – tempering. Here are the essentials of how to temper chocolate from one of our... 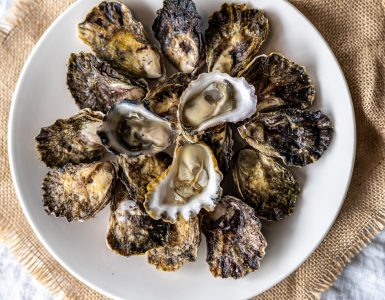 Taste The Best Oysters In The World At Flying Fish

Trying to seek out more ethical seafood? Well look no further. Oysters are about as sustainable as a seafood can get. And some of the very best oysters in the world are yours for the tasting at Flying Fish thanks to... 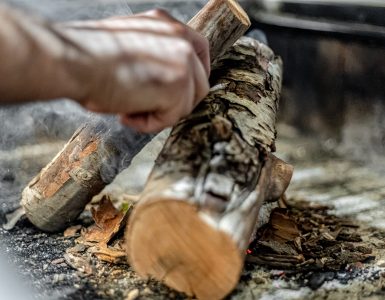 Farm To Fork: One Of The Best Steaks In Sydney Is Sourced From This NSW Farm

The secret to the perfect steak? It starts on the farm. BLACK Bar & Grill executive chef Dany Karam shares how he serves up one of the best steaks in Sydney with the help of NSW farmers Rangers Valley.   Chef...

How to Temper Chocolate in Five Steps

6 Reasons Why the Gold Coast is the Ultimate Winter Getaway

Taste The Best Oysters In The World At Flying Fish

Farm To Fork: One Of The Best Steaks In Sydney Is Sourced From This NSW Farm