We sat down with The Star ambassador, acclaimed comedian, presenter and just generally charming human being Joel Creasey, to talk about the importance of allies.

We all know the importance of having someone in your corner. But when you’re in the LGBTQIA+ community – with the challenges this can still throw your way – genuine support can be lifechanging.

An ally is someone who advocates for LGBTQIA+ people everyday through their actions and behaviour – by listening to and supporting their friends, family and the wider community. The importance of allies is something comedian and presenter Joel Creasey knows all too well.

As we celebrate Pride Month, we caught up with The Star ambassador to talk allies.

What is an ally?

Who was your first ally?

My first ally was probably my mother, Jenny Creasey. She’s fabulous in her own right – a former West End actress, a brilliant, hilarious human being. And she taught me everything I know in life in comedy, in everything I do. And I remember coming out to my mum at 16 years old and saying, “Mum, I’m gay.” And she said, “Great. We’re having pasta for dinner.” And I said, “I don’t think you heard me. I said I’m gay. I can’t eat carbs anymore.” She was such an ally in that, to her, it didn’t matter, because it doesn’t matter. It’s no one’s business other than your own.

Why are allies important?

Having allies around is so important, particularly, I’d say in the last two years. The world seems to be going through this strange change. Five, six, seven years ago, it felt like we were making so much progress. And then recently, it seems like we’ve taken three steps back, and things have gotten a little scarier – abuse on the street has started again, it’s sad to say, or someone tweeting you homophobic stuff online. That sort of kind of died out for a while and it’s come back. So it’s those allies that are there to support you [that matter]. And in my case, it’s my mum who I speak to twice a day on the phone.

I think right now, we need allies more than ever, be it your top-of-the-range allies – let’s say your Lady Gagas, or your Xena Warrior Princesses (I’m a child of the ’90s) – down to your mate at a bar when you’re telling them about a guy you have the hots for, and he doesn’t go “ew’” because there’s nothing ‘ew’ about it. It’s completely normal. It’s just love is love, man.

How does a person become an ally?

One action somebody can take to become an ally is just to reach out to a mate that they think might be struggling with their sexuality. It’s not necessarily going, “Oh, are you gay?” But it’s just saying, “I’m here for you if you need. I’m here for you if you need a chat about anything.” It might not even need to be about their sexuality or their experience in the LGBTQIA+ community. You could just frame it in a: “If you ever want to chat mental health-wise, health-wise, anything, I’m here for you. Let’s grab a drink, let’s grab a coffee, whatever you need.”

Listening is such an important skill to have as an ally because being queer is something that nobody else has to go through. If you think about how hard high school already is… There’s bullies. There’s homework. There’s exams. There’s, “Oh my God, what am I going to do for the rest of my life?”. Add onto that the fact that you’re worried about who you are and [that] you might not be accepted by your family or by your friends or by your teachers because of who you choose to love. That’s a lot for a teenager.

I’m generalising here, but a lot of us kind of realise our sexuality around that age. Some don’t… some later in life, some earlier in life. But an ally at that time is so important because there is so much going on already, it’s just one more added stress that nobody else has experienced and it’s rough. But also, that ally will be an ally for life.

What role do allies play in supporting the LGBTQIA+ community?

Allies are important, widely speaking, because they have a greater connection to the community, and they can get the word out more. For example, if you look at the amazing work that Elizabeth Taylor did back in the day, or nowadays once again… Lady Gaga. Just talking about the queer community in a “They’re just one of us” way is so important.

Not everyone lives in the middle of a big, busy, bustling city where gay people are very commonplace, as they should be. Often, to paraphrase Little Britain, you’re ‘the only gay in the village’. And you very much feel that way. So seeing these allies out there fighting for us is awesome, and makes you feel not so alone.

Can people in the LGBTQIA community also be allies?

People within the community can be allies by assisting, because we know what it’s like to go through that experience – be it great, in my circumstance, or mates of mine who went through horrifying experiences coming out. [It’s] just keeping an eye out for … people that perhaps are struggling and just giving them a little bolster and a little chin up and a little ‘boing’ when they need. And everybody needs that, but particularly someone struggling with their sexuality because it’s bloody hard.

An ally can empower their LGBTQIA+ mates every day by just saying, “Be you. You is great. You is fabulous. And you is enough.” Because generally speaking, we are pretty fabulous… 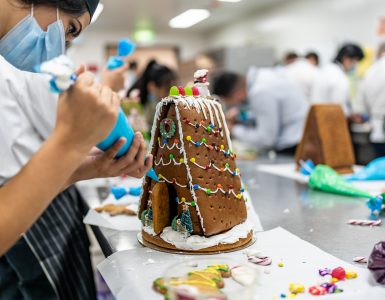 Renowned for its first-class restaurants, chic bars and vibrant nightlife, The Star Entertainment Group is committed to, and passionate about supporting local communities and charities. One of the ways that The Star... 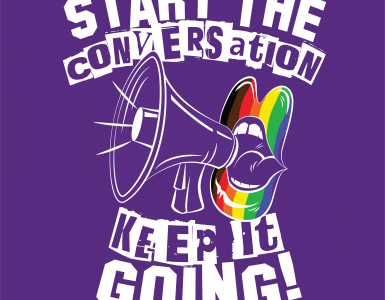 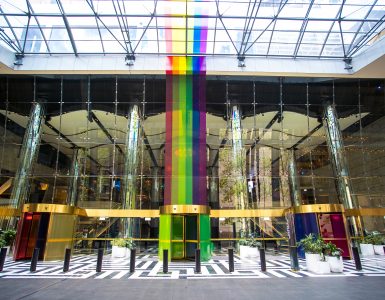 We love a candid interview at The Star Moments HQ, so much so that we’ve introduced a new monthly column where we chat with inspiring individuals to offer you a glimpse into another life. Ever wondered what it might be... 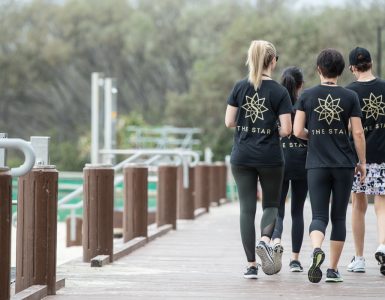